Home / Articles / Conditions / Arthritis / Which Arthritis Do I Have?

Which Arthritis Do I Have? 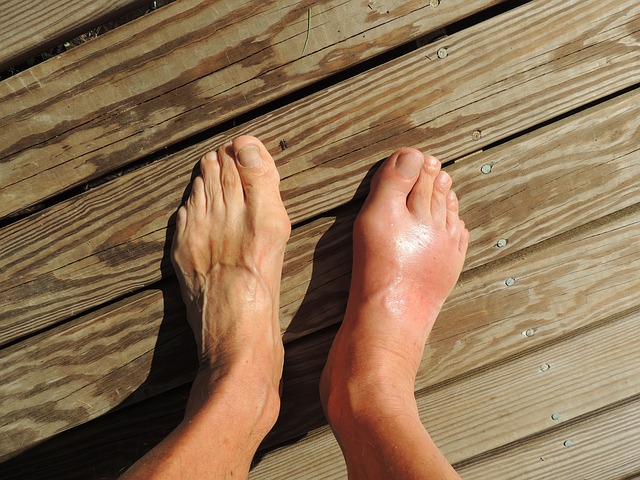 The two most common forms of arthritis are osteoarthritis and rheumatoid arthritis, but there are over 100 different types in total with different causes and treatments.

There are more than 100 different types of arthritis. The most common forms are Osteoarthritis and Rheumatoid arthritis, but rarer types can develop for different reasons and with varying results.

Which arthritis do I have?

By far the most common form of joint disease, osteoarthritis damages the surface of the joint so that it doesn’t move as smoothly as it should. The cartilage covering the end of the bone becomes thin, while the bone itself thickens. This is caused by the body trying to repair the damage caused by the friction.

The effect is 3-fold. Firstly, the bone grows outwards, forming nodules. Secondly, the inner layer that produces fluid to ease joint movement, makes extra fluid that causes swelling. Thirdly, the ligaments that hold the joint together, thicken and tighten to give the joint more support, causing stiffness.

Is an autoimmune disease that targets the synovial tissues. Autoimmune diseases occur when the immune system mistakes healthy and necessary cells for hostile cells that need to be fought off. The result is that the immune cells begin to attack specific and harmless parts of the body. Synovial tissues include the synovial membrane, which is situated between bones in a joint, and contains synovial fluid that provides lubricant for the joint itself.

As the synovial tissue is attacked, the body attempts to heal itself, increasing blood flow to the area and causing inflammation. The inflammation causes pain as the ligaments attaching the bone to the muscle, stretch. When the flare-up subsides the ligaments are still stretched, which means the joint isn’t held in place as tightly as it should be. This means that the bone can settle in an unusual position, leading to further discomfort and/or deformity.

The immune system is body-wide, which is why rheumatoid arthritis usually occurs in multiple joints.

Symptoms include joints that are:

And bodily symptoms include:

If you would like to learn more about Arthritis; the history, causes, and the various treatments, see Arthritis: A Deeper Dive

Is caused by calcium deposits, or lumps, in the periarticular tissues. Periarticular tissues are the tissues surrounding a joint, such as the muscles in a shoulder. A third of cases occur after damage to the affected area. It can be difficult to diagnose as the symptoms are similar to those of other, more common conditions. Symptoms will usually calm down 4-7 days after the initial pain, and the calcium deposits will decrease in 2-3 weeks.

Symptoms include acute pain in the affected joint.

EnA is a type of chronic, inflammatory arthritis that can be associated with inflammatory bowel disease (IBD), which includes ulcerative colitis and Crohn’s disease. Around 20% of those diagnosed with Crohn’s will develop enteropathic arthritis. EnA usually affects the limb joints and sometimes the spine.

Symptoms in the spine include:

Symptoms in the joints include:

Gastrointestinal problems can begin soon after the arthritic symptoms, or at the same time.

Gout is caused by a buildup of sodium urate crystals in the joints, usually in the big toe. These can be present without causing any trouble, but on occasion they can trigger an “attack of gout”. These attacks can come on very quickly and often occur during the night. Previously gout was considered “the disease of the rich” and it was put down to overeating and drinking too much. Now it’s known that, while eating and drinking too much may agitate gout, it’s actually caused by chemical processes that take place in the body. Urate can build-up to form crystals if the kidneys are unable to filter it out quickly enough.

Each attack usually lasts about a week, but if they continue untreated, they can become more regular and spread to affect more joints.

Symptoms often last 3 to 10 days, and can include:

If the gout is in the foot, it can cause mobility issues, and even the light pressure of a bed cover or blanket can be too much to bear.

Juvenile arthritis is a term that describes the many types of autoimmune and inflammatory conditions or diseases that can occur in children under the age of 16. Each type has its own characteristics and causes its own set of issues. Along with effects to the musculoskeletal system, juvenile arthritis can also affect the eyes, skin, muscles and gastrointestinal tract.

There is no known cause for juvenile arthritis, and there’s no evidence to suggest that toxins, foods or allergies have anything to do with it. Instead, genetic predisposition is a more likely cause.

The symptoms depend on the type of arthritis, and you can find out more about the types of juvenile arthritis here.

Peripheral arthritis affects the elbows, wrists, knees and ankles. It doesn’t need to affect all joints at the same time, although the pain may ‘migrate’ from one joint to another. This type of arthritis is more common in people who have ulcerative colitis or Crohn’s disease, and the level of discomfort experienced in the joints affected, generally mirrors the discomfort experienced in the colon. When arthritis affects the spine, it is known as axial arthritis.

Psoriasis is an autoimmune disease skin condition that causes red, scaly rash commonly on the elbows, knees, back and scalp. Psoriasis leads to arthritis in 30% of patients, and some people have the arthritis without the skin symptoms. PsA causes inflammation both in and around the joint and it normally affects people who have already had the skin condition for some time. While psoriasis can affect people of any age, PsA normally affects more adults than young people.

Septic arthritis is caused by a bacterial infection and leads to inflammation in a joint. It can affect any joint and more than one joint might be affected at the same time. Treatment usually leads to a full recovery, but without treatment it can lead to permanent joint damage. As with all infections, if left untreated it can be life threatening.

Caring for someone with arthritis

The key to helping someone with arthritis is to stay positive and be sensitive to their mental health and wellbeing. Pain isn’t fun, and the reality is that for most people with arthritis the condition will get worse, not better.

If you are caring for someone with arthritis, HomeTouch can help. Simply search by postcode and browse the profiles of self-employed carers near you. All of the carers on our site have gone through a thorough 42-point vetting process, and only 5% are accepted. You choose the carer you want to work with, and we provide support with contracts, payments, and holiday and sickness cover.

Find out more about arthritis and what you can do to make life with arthritis easier: