Home / Articles / Conditions / Dementia / What is dementia with Lewy bodies?

What is dementia with Lewy bodies? 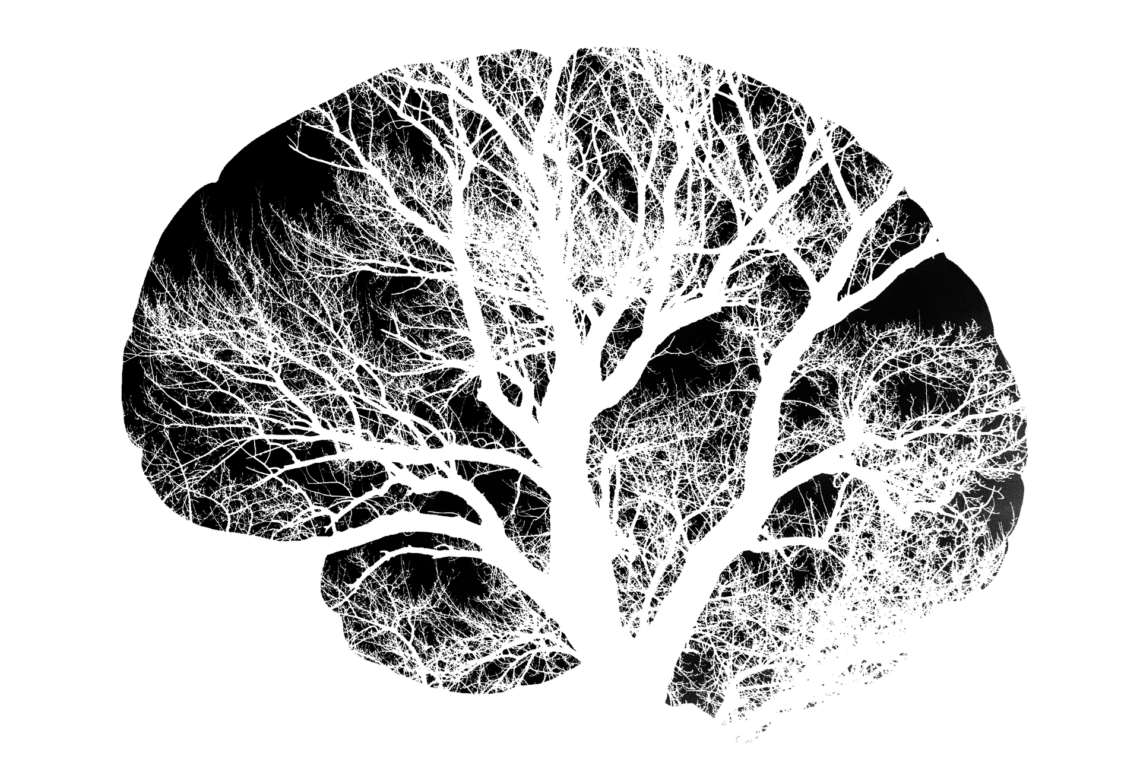 Dementia isn’t a single disease, the word describes a set of symptoms that includes problems with memory, reasoning, communication and problem solving. Many people think that dementia and Alzheimer’s disease are the same thing, but Alzheimer’s is only one of many causes of dementia. As many as ten to fifteen percent of people affected may have dementia with Lewy bodies.

Dementia with Lewy bodies can often be misdiagnosed as Alzheimer’s disease – but different dementias show different patterns of progression. Although there’s sadly no cure for either of the conditions, it’s helpful to fully understand your disease so that you know what to expect, what support and care you may need, and what therapies are likely to be effective.

What are Lewy bodies?

Dementia with lewy bodies is caused by lewy bodies, which are tiny deposits of a protein that build-up in the brain’s nerve cells, especially the areas that affect the memory, thought and movement. They were named after the German doctor that discovered them and are implicated in causing a form of dementia and Parkinson’s disease.

Scientists don’t fully understand the lewy body dementia pathophysiology; however, the proteins are associated with low levels of neurotransmitters, which are the chemicals that carry messages between nerve cells. The loss of connection between the nerve cells eventually leads to cell death and progressively deteriorating symptoms. The specific signs and symptoms depend on the area of the brain that has been affected.

What is Lewy body dementia and what happens in it?

The deposition of lewy bodies in the brain causes its function to decline and eventually ends up as dementia, which is termed as Lewy body dementia (LBD). LBD is a progressive condition, meaning that symptoms gradually get worse over time. People with the disease will notice the decline in mental function, memory and understanding that affects all people with dementia. However, individuals with Lewy body dementia may also experience some of the more confusing and upsetting symptoms of dementia including visual hallucinations and sleep disruption. The movement problems of Parkinson’s disease, including shaking, stiffness and slow movement are also prevalent.

What are the typical symptoms of dementia with lewy bodies?

Problems with memory and thought

Increasing forgetfulness, difficulties with language and communication, and loss of concentration are commonly seen as first symptoms of in Lewy body dementia. It can also impair your ability to recognise faces.

Seeing things that are not there

Damage to the part of the brain that controls movement can cause muscle stiffness, a tremor, a slowing down of motion and a shuffling walk.
Visuospatial awareness can be impacted, resulting in problems judging distances. In combination with the movement restriction, this can increase the risk of accidents and falls.

The autonomic nervous system controls many of our important body functions including blood pressure, heart rate, sweating and digestion. The part of the brain responsible for this is often damaged in LBD, leading to dizziness, fainting and problems with constipation.

Dementia with lewy bodies early symptoms include sleep disturbances. Individuals affected may have long naps in the day. Sleep behaviour disorder can cause problems during the rapid-eye-movement phase of sleep, which results in people physically acting out their dreams. This can lead to flailing and kicking of arms and legs, which can be very difficult for anyone sharing the bed.

Problems with mood and motivation

Mood disturbances is one of the prominent features of lewy body dementia Many people with LBD struggle with concentration, they may feel apathetic and spend a lot of time staring into space. These symptoms can come and go, so that there may be some periods where the individual is bright and alert, followed by spells of confusion and drowsiness. Depression is also common during the course of the illness.

Related topic  How to recognise cognitive impairment in a loved one

Reading about some of the symptoms of the disease can be frightening, however the progression of dementia with Lewy bodies varies between people. Getting early support can help make life a little easier. Home-care can adapt to your evolving needs, so that you can continue to live safely in your own home. Your doctor may be able to prescribe medication to reduce hallucinations, help with sleep and ease movement and tremor. You may also find that physiotherapy and occupational therapy can support your function, so that you can get on with everyday tasks and maintain your wellbeing and independence for as long as possible.

Stage 1: This is usually asymptomatic. Patient appears completely normal. However, some patient may show very early symptoms such as daytime sleepiness and mood disturbances. Imaging studies may show some incidental findings.

Stage 2: At this stage, the patient shows mild symptoms of Lewy body dementia. These include mild forgetfulness such as having difficulty in identifying a familiar object or forgetting names. The patient continues his/her daily life activities.

Stage 3: The symptoms are still typically mild at this stage. The patient may experience minor memory issues, forgetfulness, concentration problems and may have difficulty in continuing daily life activities. There is an increased risk of fall.

Stage 4: The diagnosis is confirmed at this stage. The intensity of symptoms becomes moderate. Memory issues become quite severe. The typical Lewy body dementia hallucination may be less severe but daytime sleeping is increased. Other symptoms like tremors and difficulty in speaking starts. Additional common symptoms are difficulty swallowing, choking, aspiration and excessive drooling. The daily life activities become difficult. Patient may experience falls more frequently.

Stage 5: Advanced stages of Lewy body dementia start from here. Patient has to struggle a lot with daily activities. The symptoms become moderately severe here. The patient cannot stay alone at this stage and needs 24 hours supervision. The memory loss is significant with constant delusion and confusion making the patient eventually paranoid.

Stage 6: The severity of symptoms is greatly increased. This stage may last for up to 2.5 years. The most prominent issues patient experiences are urinary and bowel incontinence. Lewy body dementia becomes inevitable at this stage. The memory worsens; personality changes occur and patient does not even recognise their family members. Lewy body dementia with behavioural disturbance is characteristic at this stage.

Stage 7: This is the last stage where Lewy body dementia progresses fast. The body functioning deteriorates and communication is severely limited. Patient may not be able to walk and require good live-in care. This stage usually lasts for 1.5 to 2.5 years

The symptoms of Lewy body dementia during the final days are disturbing for both the caregiver and the patient. This is the stage where patients are mostly bed ridden. Movement is slow and muscles are stiff. This results in contractures causing severe pain and discomfort. The loss of balance and impulsivity leads to frequent falls.

Communication problems such as poor attention, voice changes, confusion and word finding problems are a great source of anxiety and agitation among the patients. Additionally, severe hallucinations that are often frightening make the life of the patient quite difficult. Severe psychosis can cause the patient to refuse to eat. Problems with swallowing are often noticeable at this stage, which have their own consequences. Patient sometimes forget to swallow and aspirate food into the lungs. This is one of the reasons of weight loss seen in end-stage disease. Patient may become anorexic (loss of appetite) resulting in the wasting and weakness of body muscles. Incontinence is another one of the most important features of end-stage and requires toileting.

Long term care for Lewy body dementia is needed from here. The focus should be on making the environment as comfortable for the patient as possible. Some medications may also help. The patient needs lot of assistance and care to survive.

The underlying cause in both syndromes is similar; in fact, clinical presentation is also more or less quite the same. The difference between two clinical entities lies in the time of appearance of symptoms. The cognitive symptoms develop over a period of year in the dementia with Lewy bodies while the motor symptoms occur earlier in Parkinson’s disease.

How can Lewy body dementia be diagnosed?

Related topic  How Much Does Hourly Home Care Cost?

There is no specific Lewy body dementia test. A suspected Lewy body dementia diagnosis is usually confirmed via autopsy following death. Other tests like certain imaging techniques, cerebrospinal fluid and genetic testing may help in reaching diagnosis too. The importance of clinical history is exceptional in this regard.

International consensus criteria for dementia with Lewy bodies include:

Evidence of dementia with two of the following features:

Lewy body dementia once started cannot be treated completely; however, there are certain medications that can minimize the symptoms. These include:

How to care for someone with Lewy body dementia?

Anti-psychotic therapies often worsen the symptoms of Lewy body dementia. The first line management, therefore, should be non-pharmacologic therapy. The caregiver should:

Make the environment as comfortable as possible and reduce the noise and disturbance around the patient. The patient with should never be corrected and confused, as this may worsen their symptoms. The patient needs lot of validation and reassurance.

Make the daily life activities simple for the patient. Break the task into easy steps and make sure to help out the patient in every possible way. Be patient and polite with them.

The real concern is how to communicate with someone with Lewy body dementia. It is instructed to use exact, short and positive phrases. Give one instruction at a time. The caregiver should use a gentle, warm and loving tone. Communicate and treat them as an adult.

How common is Lewy body dementia in the UK?

Dementia with Lewy body is estimated to be found in about more than 100,000 people in the UK.

How long can someone expect to live with Lewy body dementia?

The life expectancy with Lewy body dementia is about 5 to 8 years.

How to differentiate Parkinson’s from Lewy body dementia?

Do you experience hallucinations with Lewy body dementia?

Can a stroke cause Lewy body dementia?

No, stroke cannot cause Lewy body dementia, but it does cause vascular dementia.

Can Lewy body dementia be genetic?

Yes, Lewy body dementia can be genetic, if caused by SNCA or SNCB gene.

Can someone have Alzheimer’s and Lewy body dementia?

Yes, Alzheimer and Lewy body dementia can occur together.

Can someone with Lewy body dementia sign a legal contract?

Can you have Lewy body dementia without Parkinson’s?

Lewy body dementia is a broad term and two clinical syndromes come under it, namely Parkinson’s disease and dementia with Lewy body. Both of these can occur independently.

What is diffuse Lewy body dementia?

What medications are used to treat Lewy body dementia?

Cholinesterase inhibitors, drugs for Parkinson’s and some other medications are used for symptomatic control.

What’s the difference between Alzheimer’s and Lewy body dementia?

Alzheimer’s interferes with the memory causing the person to have issues in storing new memories, while, Lewy body dementia affects the cognitive functioning.

The symptoms of Lewy body dementia start slowly but may progress rapidly lasting for an average of 5 to 8 years from the time of onset to death.

What effects on cognitive processing does Lewy body dementia have?