Home / Articles / Conditions / Alzheimer's Disease / What happens to the brain in Alzheimer’s disease?

What happens to the brain in Alzheimer’s disease? 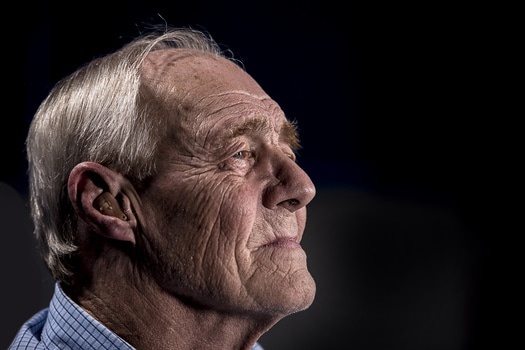 We don’t fully understand the causes of Alzheimer’s. However, scans and examinations of the brains of people affected by the disease, mean that we do know the impact it can have on the structure and function of the brain.

Abnormal proteins start to build-up in the brains of people with Alzheimer’s many years before any symptoms are apparent. These proteins can disrupt the normal connection and communication between brain cells. Over time, the cells die, causing the brain to gradually degenerate and shrink.

People with Alzheimer’s will have progressive problems with memory, thinking and communication and there can be other specific symptoms relating to the part of the brain that is damaged.

The very first evidence of Alzheimer’s may be seen in the brain as much as twenty years before diagnosis. Abnormal patches and tangles of proteins (called amyloid plaques and neurofibrillary tangles) start to form in the areas of the brain that control thought, planning and memory. These affect the connections between the brain cells, eventually causing the destruction of the cells.

One of the first areas damaged is the part of the brain called the hippocampus. This is the area important for learning things and making new memories. This is why people with early dementia may struggle to retain new information. It is common for someone to clearly recall all the details of a childhood party but be unable to remember what they had for lunch, or a phone-call they received that morning.

Damage to the left hemisphere of the brain can cause problems with language, meaning that many people, at this stage, may struggle to find the right word for something.

Related topic  The effects of Alzheimer’s on the body

Increasing numbers of protein deposits build-up over time. These plaques and tangles continue to develop in the hippocampus and surrounding areas of the cortex, leading to increased cell damage and increasing forgetfulness and confusion.

However, the abnormal proteins may also spread to other areas, in particular the parts of the brain that control speech. This can lead to communication problems. The symptoms of dementia gradually become more evident, affecting the individual’s ability to work and function normally. Many people are diagnosed with Alzheimer’s disease at this stage.

The progression through the mild and moderate stages of Alzheimer’s can last between two and ten years. During this time, the symptoms can become more severe:

The whole cerebral cortex gradually shrinks and gets thinner, memory deteriorates and more distant memories can be lost. However, the amygdala in the temporal lobe is usually affected later. This is linked to emotion, which means that someone with Alzheimer’s will often recall the feelings associated with a memory, even when the details have been forgotten.

This can affect the ability to make decisions, plan and perform complex tasks like paying a bill or following a recipe. Damage to this area can also affect the personality. People may become disinhibited, display bizarre behaviours and show impaired judgement.

This area helps with spatial awareness. Damage can cause problems with judging distances. Trips, falls and difficulties managing stairs are common.


As Alzheimer’s develops, the damage spreads to the whole brain. The brain becomes shrunken and small. The cell destruction leads to complete disorientation, inability to communicate, the loss of continence, and, sadly, the gradual shutting down of all body systems.

The area that controls part of the visual system is here. Damage can make it difficult to recognise faces that should be very familiar. People may struggle to know friends and family, which can be very upsetting.

This is a difficult and distressing time, however even when most communication seems impossible there can be ways to connect. Some abilities can be retained until a relatively late stage. The skills of singing, dancing or playing the piano may be stored deeply within the brain, so that a loved one may be able to experience joy from these even when much of their function is lost. Also, the pathways for processing hearing can be unaffected. The sound of voice or a melody may help to trigger a recollection or an emotion, even when the sight of someone doesn’t.