The seven stages of Alzheimer’s disease 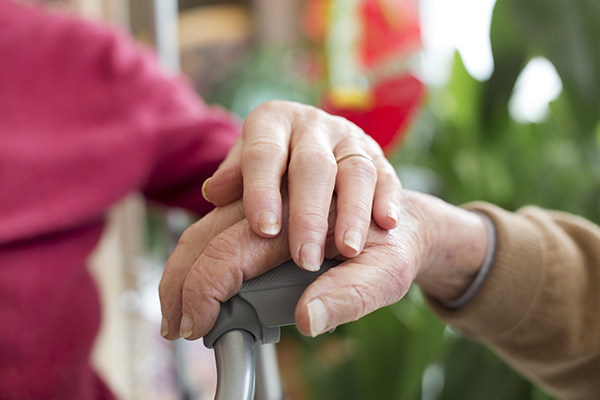 Dementia is a progressive disease, which means it gradually gets worse over time. Each individual’s experience of dementia is different. However, most people follow a similar pattern of deterioration in thought and function.

The symptoms of Alzheimer’s disease change over time. The damage to the brain steadily increases, which initially affects the ability to think and remember and eventually leads to failure of all bodily systems.

Each person will have different symptoms, depending on the specific area in which the brain cells have been damaged, so the stages act as an indication of the pattern of progression, rather than hard-and-fast rules. They can help you understand how the disease develops so that you are prepared for the challenges ahead in supporting your loved one.

Stage one or absence of impairment

The early signs of Alzheimer’s disease are apparent in the brains of sufferers long before there are any symptoms. Abnormal protein deposits form, which affect the communications between cells, eventually leading to cell death. During this stage, there won’t be any problems with communication, memory or planning. You will be able to continue with daily activities without any difficulties.

In the second stage of Alzheimer’s, your loved one may notice some mild symptoms. It’s common to experience occasional memory lapses, lose keys or phones and forget to attend appointments. These slip-ups aren’t usually significant enough to have an impact on family life or the ability to work yet. In general, family, friends and even medical professionals are unlikely to spot any problems at this stage.

As Alzheimer’s continues to progress, the memory and communication problems become more significant. This is the stage in which friends and family members may start notice problems. Your loved one may struggle to find the right word, forget names of new friends or famous figures and be unable to recall stuff that they’ve recently been told.

Misplacing things can be more commonplace and they may have problems with planning complex tasks. It can be a challenge for them to organise their work and home lives, making it difficult to socialise and perform their job effectively. In stage three, memory and cognitive tests may be impaired, so that doctors can diagnose mild Alzheimer’s disease.

With increasing brain damage, problems with confusion and memory loss become more evident, so that the dementia becomes more apparent to friends, family and health professionals.

Your loved one may forget things that have happened in their life or in the news. People with Alzheimer’s usually have better recall for events in the distant past than for more recent incidents, but in stage four, experiences from their life history can also be forgotten. The ability to do maths can decline and it can be difficult to plan and carry out complicated tasks like paying bills. As communication becomes more of a struggle, your loved one may avoid social events or become withdrawn and silent at parties and gatherings.

During this stage, the brain changes of Alzheimer’s disease can make impossible to live an independent life. The memory loss and confusion can cause your loved one problems with caring for themselves and managing normal, daily activities.

They may lose track of where they are, or forget what day or month it is. It’s also common for people with stage five Alzheimer’s to forget their home address or phone number. As more distant memories are lost, the conversation can be difficult. It’s common to repeat favourite tales or to make-up stories. It’s not lying, it’s just finding a way to fill awkward gaps in the memory and keep the conversation going.

At this stage, a person with stage five Alzheimer’s will still have some independent function and there’s plenty that can be managed with sensitive support. They will be able to remember their name, as well as the names of those that are closest to them. They may need help with washing, dressing appropriately and personal grooming but most people are still able to eat and go to the toilet without assistance.

the disease progresses, it can start to affect behaviour and personality. This can be incredibly difficult for family, friends and carers. The increased confusion will make people forget more and more of their personal history, disorientation is common and they may wander away from the home, putting themselves at risk.

It’s common for people to have strange experiences or beliefs, so that they may become suspicious, agitated or repeatedly rock or wring their hands.
Recognising faces can be a problem, although usually, they’ll know if someone is familiar without being able to say exactly who they are. Restlessness and distress can be a particular problem late in the afternoon and evening. This is known as ‘sundowning’.

At stage six of Alzheimer’s, your loved one will need help with every aspect of personal care. It’s impossible to eat, dress, wash and use the loo independently, so there may be episodes of incontinence. Increasingly, the normal cycle of sleeping and waking is disturbed, so that around-the-clock supervision is necessary to stay safe.

Stage seven is the final stage of Alzheimer’s disease. This is when brain damage is extensive. Communication in the end stage of dementia is usually very limited. Twenty-four-hour support is necessary to help with every aspect of daily living. The disease affects physical as well as mental function and they will be progressively unable to respond to the world around them.

The brain controls the body, so normal reflex functions like swallowing and controlling the bladder and bowel are lost. There is a risk of dehydration as well as skin breakdown and chest and bladder infections. These can put life at risk, but even without the complications associated with the disease, Alzheimer’s is a terminal condition. Eventually, death of the brain cells will lead to respiratory and cardiac failure.

Those bald facts are difficult to write and distressing to read. Alzheimer’s is a cruel condition but by understanding the disease, it is easier to plan and prepare for the future. With support, it is possible to live well with dementia and to die in comfort and dignity.