Work with us! - Become a hometouch carer 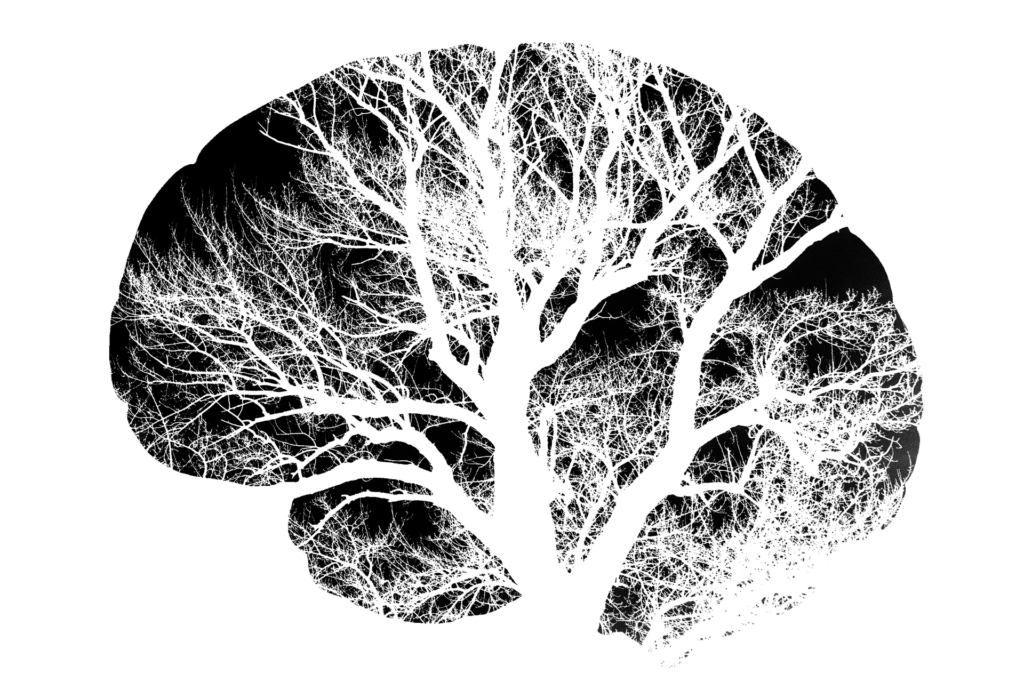 Parkinson’s: A Deeper Dive, provides an overview of the disease, with scientific and medical expressions explained in simple terms.

Parkinson’s disease is a progressive neurological disorder. This means that brain function will become more and more affected over time, leading to a whole range of bodily signs and symptoms.

Parkinson’s disease is caused by an increasing impairment of specific neurons (nerve cells in the brain). When these neurons work, they produce a chemical called dopamine. Dopamine acts as a chemical messenger, passing electronic messages that allow the different areas of the brain to communicate. This communication is what enables smooth muscle movement and the successful completion of action. For instance, reaching out and picking up a cup of tea requires the synchronised movement of an arm to reach, a hand to grip, and messages from the optic nerve in the eyes to communicate the distance from your hand to the cup. A lack of dopamine leads to unusual nerve function, which causes a lack of control over the movements of the body. . The actual cause of Parkinson’s disease hasn’t yet been discovered, but some avenues of thought include:

Some sources suggest that external or internal toxins may lead to the destruction of dopamine producing cells in the brain. These toxins include: It’s important to note that research here is incomplete. At this time there is no conclusive evidence to support the link between these toxins and Parkinson’s, but they are being investigated.

A brief history of Parkinson’s

The signs and symptoms

This is the most common and easily recognised symptom of Parkinson’s disease. Hand tremors often spread from one hand to the other, but rest-tremor can involve lips, chin, jaw, and legs. Typically this type of tremor disappears when the affected area is being used, for instance, a lip tremor will typically disappear when the patient is speaking. Tremors also stop during sleep.

This means ‘increased resistance’. It can be described as an ‘involuntary push’ against a force. For instance, if a doctor is trying to bend your arm at the elbow, your joint will resist whether you want it to or not. This usually includes the ‘cogwheel’ phenomenon, which means that your arm will be shaking while the doctor is bending it. Rigidity can appear in the neck, shoulders and hips, as well as the wrists and ankles. This symptom can cause pain, and pain in the shoulder is a very typical initial sign of Parkinson’s disease. Because shoulder pain is such a general symptom, it can be misdiagnosed as arthritis or a number of other conditions.

Simply put, this means slowness of movement. It’s very common in conditions related to the area of the midbrain affected by Parkinson’s disease, and can cause: Early signs of this are normally spotted when carrying-out everyday tasks, like doing-up buttons or using a utensil. Other forms of bradykinesia are: Interestingly, bradykinesia is dependent on the inner-state of the patient. For instance, a patient who otherwise can’t move, might be able to catch a ball, or run if someone screams “fire”. This suggests that the brain functions that lead to movement are there, but the pathways in the brain don’t work. When something happens around the patient they can react to it involuntarily, but their brain can’t get to those movements on it’s own.

This usually happens during the later stages of Parkinson’s disease, after other signs and symptoms have been recognised. Postural instability is the most common cause of falls, and fear of falling also increases the likelihood of taking a tumble. There are various treatment options, which can ease postural instability a little:
Related topic  How To Care For An Elderly Parent With Cancer

Causing loss of movement, freezing is one of the most disabling symptoms of Parkinson’s and usually happens later in the disease. Freezing is not something everyone with Parkinson’s experiences; of 6,620 patients asked, during one study by the German Parkinson’s Association, 47% reported freezing. It usually causes a sudden inability to move, lasting under and up to 10 seconds. Categories include: In many cases it can be overcome by applying mind-over matter exercises, such as walking to a beat, stepping over something like a crack in the floor, or shifting body weight to counter the freeze.

How is Parkinson’s diagnosed?

As yet there are no tests that can specifically diagnose Parkinson’s disease. The diagnosis is based on symptoms, medical history, and a thorough physical examination. The examination will include talking about the problems facing the patient and performing simple mental and physical tasks. In the early stages it can be difficult to say for sure if the symptoms are related to Parkinson’s.   If the GP suspects Parkinson’s, then a referral will follow, and the patient will usually see a specialist within 6 weeks. They will commonly see: If the GP thinks that the disease might be in the later stages, then the specialist appointment will usually happen within 2 weeks. If symptoms improve after taking levodopa, then the likelihood of the condition being Parkinson’s disease increases. It may be that brain scans will be carried out, and these can be used to confirm Parkinson’s disease. But unfortunately there’s no scan yet that can specifically diagnose Parkinson's. Instead, scans like the DaTscan are used to rule out other diseases that might present with similar symptoms. . It’s never too early to discuss your care and support needs. For each person with Parkinson’s it’s not unusual to have a team of people in place, including: Each will bring a different element to the care of your loved one, and each is important. What’s also important is the care provided at home. If you're the primary caregiver, it might be that you’re in need of support to be able to cope in the long term. You can find out about how to find a carer, here.

A comorbidity is the name given to another disease, condition or state that can appear as a result of the initial disease. For instance, the most common comorbidities of chronic disease are mental health problems, back problems, asthma and arthritis. Parkinson’s disease can cause all of these, alongside:

The Sydney Multicenter Study of Parkinson’s Disease found that 84% of patients evaluated showed cognitive decline, and that 48% met the diagnostic criteria for dementia after 15 years of follow-up. It has been estimated that people with Parkinson’s are 6 times more likely to develop dementia.

Obsessive-compulsive and impulsive behaviour, including:

Once thought to be a side-effect of the medications prescribed to combat the symptoms of Parkinson’s disease, sleep disorders are now believed to be an integral part of the disease. Rapid eye movement sleep behaviour disorder - which is now considered to be an early sign of Parkinson’s disease - includes: Basically any abnormal and potentially dangerous activity that may cause harm to a partner sharing the same bed. Insomnia is also common, but it’s a less regular symptom. . Coping with these additional challenges can be tough. Providing care for a loved one with Parkinson’s disease is rewarding, but it can be exhausting. The danger is that carers focus all of their attention on the care of a loved one, and forget to attend to their own needs. This can lead to health and mental health issues. If you’re in this situation then it might be worth considering respite care.

There are lots of different care options, and the HomeTouch team are happy to help. They can provide you with advice and support, and help you to find a top quality carer in your local area.

The medical dictionary defines the ‘on-off’ phenomenon as:

A refractoriness to the ability of Levodopa to control the smooth skeletal musclemovement in Parkinson’s disease, where periods of excess abnormal movements - ‘on’, alternate with periods of prolonged immobility or freezing - ‘off’; ‘on-off’ also refers to the waxing and waning of parkinsonism itself.

This simply means that while levodopa will help the brain by providing the building blocks from which it can produce more dopamine, the rate at which the brain does this will be higher on some days than on others. It also means that the symptoms of Parkinson’s disease appear worse at some times than at others. The ‘on-off’ phenomenon has been described by patients as the equivalent of switching ‘on’ a lightbulb, and the ‘off’ state being a return to darkness. As one patient described in a 1989 edition of the Journal of Neurology, Neurosurgery, and Psychiatry:

'On' is quite simply normal; I can survive a dinner party, drive a car, write a fair, round hand, my voice is normal. I can fall asleep rather easily unless I am trying not to. 'Off', on the other hand, is very unpleasant. I lose almost all motor power in my legs; and this paralysis increasingly now spreads to my arms. Sometimes odd pains and cramps move round the body. There is no position in which I am comfortable. I can't write, I can't type, my speech is slurred and low-powered.

This is almost always a result of long-term levodopa use. Swings can last for between 1 and 3 hours, but sometimes 2-3 rapid swings can happen in just 30 minutes. Fragmentation of dosing can help to regulate these swings, and involves more frequent, lower doses of levodopa. This tactic is normally backed-up by the use of other treatments:
Related topic  How Does MS Affect the Body?

COMT (catechol-O-methyltransferase) is an enzyme that helps to degrade neurotransmitters. This helps an area of the brain called the prefrontal cortex, which is where personality traits are generally made and regulated, including thought processing, emotion and inhibition. COMT helps to maintain appropriate levels of neurotransmitters in this part of the brain, keeping the aspects that make-up a personality, stable. In Parkinson’s disease, where neurotransmitters are already struggling to form, COMT becomes a problem. COMT inhibitors simply block the COMT enzyme from working. As the COMT enzymes help to manage certain brain functions, reducing them can lead to an increase in dementia symptoms, and psychosis.

MAO (monoamine oxidase inhibitors) are enzymes that break down the neurotransmitter serotonin. Blocking these from working, in people with Parkinson’s disease, can help in the same way that blocking COMT inhibitors can help. MAO inhibitors can react badly with some very common food groups, like cheese and red wine, so caution is necessary when moving on to this treatment.

How does Parkinson’s affect life?

A diagnosis of Parkinson’s can be very distressing. It’s a difficult disease to face, the treatments can be challenging, and it can have a significant impact on the friends and family of the patient. However, support is available. Parkinson’s UK have a helpline and support service available Monday to Friday from 9am to 7pm, and Saturdays from 10am to 2pm: 0808 800 0303 You can also email them at hello@parkinsons.org.uk In the early stages, the disease can be very manageable. Life expectancy after diagnosis is between 10 and 20 years, and most Parkinson’s patients are over the age of 60 when diagnosed. This means that with the average life expectancy in the UK sitting at 81 years, Parkinson’s doesn’t necessarily need to shorten life to a huge degree. What Parkinson’s does affect is quality of life. But with the right support and care networks in place, the inevitable stresses and strains of the disease can be minimised. . At HomeTouch we know that dealing with Parkinson’s in the long term is hugely challenging. That’s why our team is always ready to help if you’re ever in need of a carer for respite, hourly, or live in care. You can search for carers near you to organise a contract directly, and if you have any questions our team is available 7 days a week.