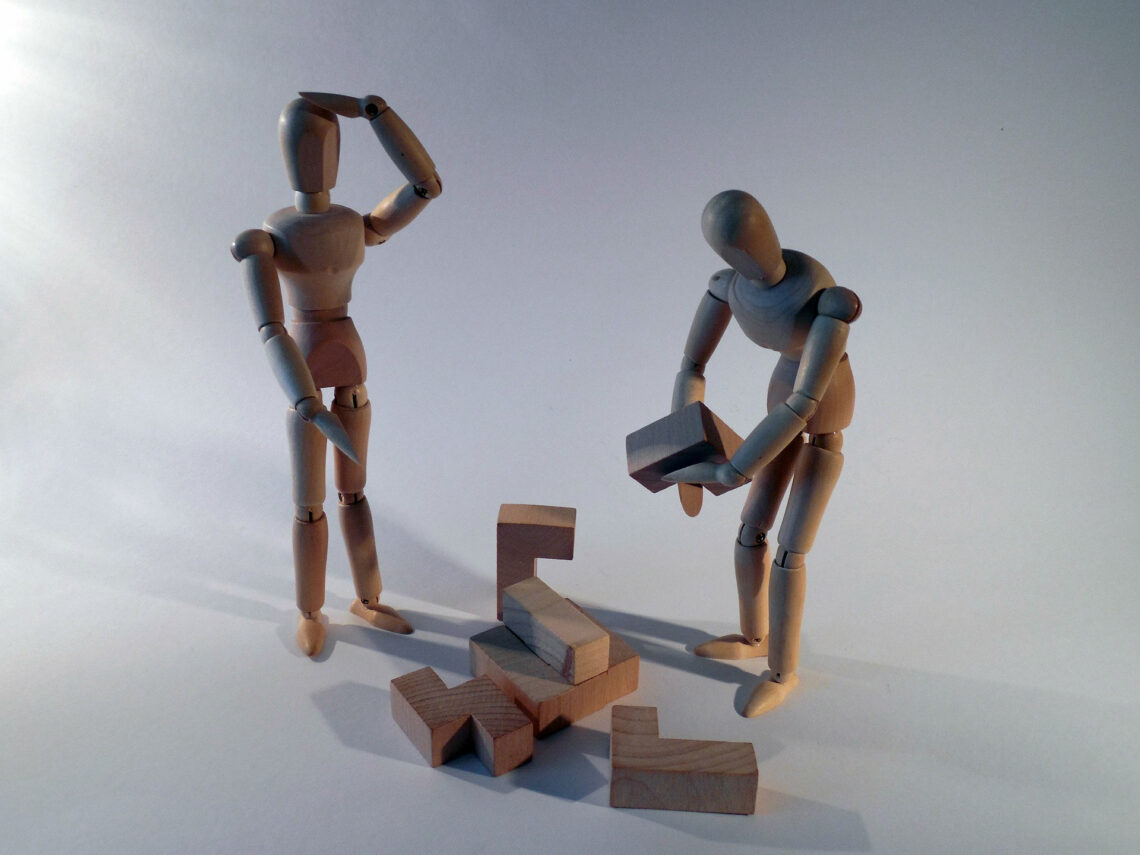 Physical exercise can make your muscles strong and your body fit. Mental activity can be just as beneficial for the brain. By continuing to challenge our brains as we get older, we may be able to stay mentally sharp for longer.

What is brain plasticity?

The basic structure of your brain is determined at birth. However, the brain is a dynamic organ, much of its function and organisation is flexible. Throughout life, our brains alter and adapt as we learn and experience new things. The brain can form new cell connections and pathways, which allows us to acquire new knowledge. It’s called brain plasticity or neuroplasticity, from the Greek word plastos, which means ‘moulded’.

“Brain plasticity refers to the extraordinary ability of the brain to modify its own structure and function following changes within the body or in the external environment.”

This incredible flexibility allows the brain to compensate when it is damaged by illness or injury. Young children and infants have the most adaptable brains, allowing them to rapidly learn new information and skills. However, brain plasticity is not just for kids, research confirms that the brain keeps changing as we learn- but we need to continue to challenge our brains to optimise this ability. Dr Pascale Michelon from SharpBrains.com said:

“The brain compensates for damage by reorganising and forming new connections between intact neurons. In order to reconnect, the neurons need to be stimulated through activity.”

How does age affect the brain?

As we get older, there is an increased risk of developing problems with memory, thinking and communication. The rate and level of this cognitive decline varies enormously between individuals. We know that cardiovascular health and genetic risk are important factors, but maintaining mental activity may also make a difference.

The brain changes as we get older. On average, it shrinks by around 5% per decade after the age of forty and this atrophy accelerates when we’re over 70 years of age. There is also an increased risk of pathologies such as Alzheimer’s disease and stroke with increasing age. It makes sense that the degeneration and disease cause problems with memory and planning – but experts have found that the level of damage doesn’t always correspond to the effects on function.

What is cognitive reserve?

Some people can have evidence of the brain damage characteristic of dementia, but are still able to function totally normally. What is it about these people that enables their brains to continue to work effectively? Experts believe that this is due to something called cognitive reserve. It has been defined in the Collins Dictionary of Medicine as:

“The extent to which the brain can sustain damage, as from Alzheimer’s disease, stroke, alcohol overuse and head injury, without affecting intellectual capacity. It has been shown that people with high literacy, educational levels and IQ will tend to have a higher cognitive reserve than the average. It is believed that the cognitive reserve can be sustained by life-long serious mental activity and the maintenance of physical fitness.”

As that definition suggests, some people have better cognitive reserves than others. Life experience, intelligence and education can determine an individual’s cognitive reserve and their likelihood of developing dementia or memory loss. You can’t alter your IQ, but you can introduce mental challenges into daily life to help sustain your cognitive reserve.

Living a life which stimulates and challenges the brain appears to improve the ability of the brain to compensate for age-related changes and disease. Many studies have shown that being educated, working in mentally demanding occupations and having high levels of social interaction can make an individual more resilient to dementia and cognitive decline.

If you are reading this and worrying that it’s too late to make a change, don’t panic. Research suggests that brain training can also cause the brain to make structural alterations, indicating that training may increase plasticity and cognitive reserve.

One study looked at the ways in which leisure activities impacted on cognitive decline. The researchers found that the more an individual did, intellectually, socially and physically, the less likely they were to get dementia. That was true, even taking health problems, depression and disease into consideration. Put simply, when it comes to the brain, it’s about using it, or losing it.

Cognitive training sounds intimidating, even scary. But it really just refers to taking part in activities that engage your brain. If you find that something is difficult, if it makes you think and is a bit confusing at first – then it’s probably doing the job!

Education doesn’t have to stop at school, an adult-learning course can be an opportunity to learn and meet new like-minded friends. Consider a computer course, studying book-keeping or baking, archeology, literature or learning a new language. There are courses available for people of all ages, contact Lifelong Learning or the University of the Third Age or a local college to find the right course for you.

Enjoying mentally challenging puzzles like Sudoku or crosswords can challenge your brain in the comfort of your own home. However, social interaction is also important for cognitive reserve. Think about joining a group with people that share your interests. Look for a local whist drive, a bridge club, a chess society or put together a bunch of friends to meet up over a coffee and the shared frustration of the Telegraph cryptic crossword.

A multi-million-pound industry has sprung up to develop computer games designed to stimulate the brain and prevent dementia. The research evidence for their effectiveness is mixed. Most appear to improve the performance within the game and within the particular skill exercised, but it’s unclear whether that benefit is carried on into daily life. We need much more research before we can confirm that they definitely delay or prevent cognitive decline and dementia.

If you’d like to try a computer game, that’s great, but don’t feel like you have to spend money on technology to stay healthy. Take up a new hobby like quilting, crochet or photography. This kind of activity, where you’re engaged in producing something new can boost your memory performance. Dr Alan Gow of Heriot-Watt University told Age UK:

“For activities to be effective in maintaining or improving our thinking skills as we age, they might need to challenge us in new ways according to these studies. That is, the most beneficial activities for us in later life might be doing things we’ve never done before.”

So, try something different – you can learn new skills, meet interesting people, have fun and you may boost your brain health too!