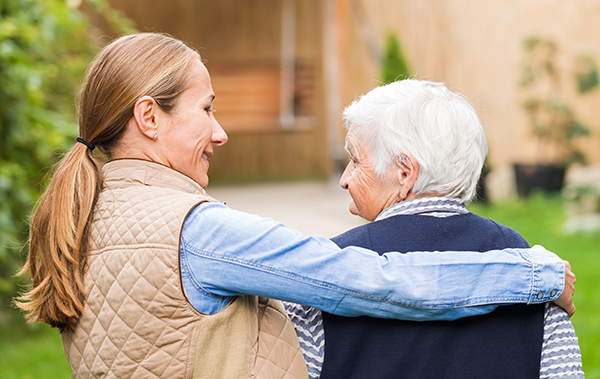 There is an increasing body of evidence suggesting a link between dementia and hearing loss. A number of scientific papers have found a significant association between age-related hearing loss, cognitive decline and dementia. Action on Hearing Loss says that:

The problem is that hearing loss and dementia are both common, especially as we grow older. The vast majority of people with dementia are in later life and around three quarters of people over seventy are affected by some degree of hearing loss. So, is the association just a coincidence?

Our ears help us communicate and interact with the world around us. Hearing loss can make you become quiet, uncommunicative and socially withdrawn and can make the confusion of dementia worse. In some people, hearing loss can even be misdiagnosed as dementia, so there is clearly some crossover between the conditions. However, research suggests that the association goes deeper than this.
A French study followed people aged over 65 for up to 25 years, to investigate the effect of hearing loss on depression, disability and death. Professor Helene Amieva and her team found that people with hearing loss were at significantly increased risk of developing dementia and disability and also that hearing-impaired men were more vulnerable to depression. Earlier results from the same study showed that elderly adults who reported hearing loss had accelerated rates of cognitive decline.

That sounds frightening for anyone who is becoming a little hard of hearing, but the researchers found that by boosting hearing, you may be able to prevent this mental decline.

Importantly the associations with dementia, disability and depression were not found in people who routinely used hearing aids, suggesting that augmenting hearing could decrease the symptoms of dementia or even reduce the risk of it occurring.

Action on Hearing Loss said that:

‘The evidence suggests that proper diagnosis and management of hearing loss, including the provision of hearing aids, reduce the risk and impact of dementia and some of the other associated co-morbidities, such as falls and depression.’

Why could dementia and hearing loss be linked?

Scientists don’t fully understand the reasons for the link between hearing loss and dementia. However, a number of suggestions have been made:

Some experts argue that the brain is like a muscle that needs to be kept fit and active to function well. Decreased hearing results in reduced brain stimulation, which may contribute to the cognitive decline.

Researchers suggest that hearing loss requires an enormous amount of focus and effort to decode and interpret sounds, this may overwhelm the brain making people vulnerable to dementia.

Loneliness and lack of social interaction is a known risk factor for dementia. There is a theory that impaired hearing may lead to social isolation, which then increases the chance of developing dementia.

Which, if any, of these theories is true, is still not clear. Clare Walton from Alzheimer’s UK said:

‘Researchers have a few theories as to how hearing loss could feed into dementia risk. This includes the theory that the brain is diverting important resources from other areas in order to fully understand and process sounds, or that hearing loss can lead to increased social isolation. Further work is needed to find out whether any of these theories are true.’

How to recognise hearing loss

If you’re worried about hearing loss, there are a number of clues to look out for:

If you are concerned about hearing loss, arrange an appointment with your GP. By getting hearing tested and using the appropriate aides, you can continue to communicate effectively, reduce the impact of cognitive decline and may prevent dementia.

Clare Walton from Alzheimer’s UK concluded:
‘Although this type of study cannot tell us whether using hearing aids would help to bring the risk of dementia back down, it does hint that this might be the case – a finding that should be followed up with high priority.

Related topic  What is Alcohol-related Dementia?

The researchers, based at Trinity College Dublin, reviewed and analysed the results of 36 different studies involving over 20,000 people that looked into hearing loss and dementia. They found that age-related hearing loss had a small but significant association with cognitive decline and dementia:

‘There is emerging evidence that hearing loss is a risk factor for dementia, as highlighted by a large study in the Lancet Commission earlier this year. This research has reviewed and re-analysed the results of several previous studies, and the results add weight to the potential link between hearing loss and cognitive decline or dementia.

‘So far these studies have only found an association between hearing loss and memory and thinking abilities and we can’t say for sure whether hearing loss can cause dementia.

‘We still don’t know if hearing aids can help to reduce the risk of dementia, but researchers are now turning their attention to this important question and we look forward to seeing the results.

‘It is important to remember that not all cases of hearing loss will be associated with dementia. It is also important to get your hearing checked regularly, especially in mid-life and older age and to follow the advice of your audiologist.’